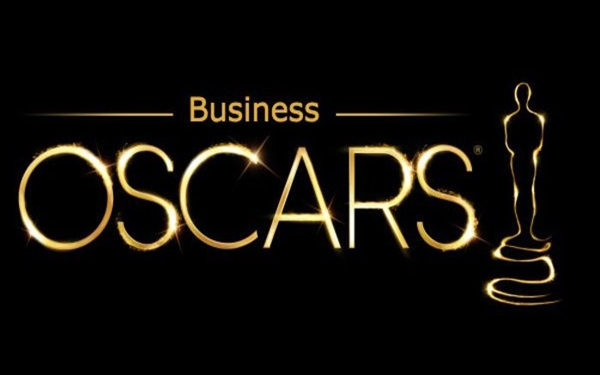 For those of you who know me on a personal level, know that I don’t watch TV. Thanks to my geeky obsession with efficiency & value, after I calculated our “utilization” of paid cable TV being less than 1%, I unplugged the service 5+ years ago. Last New Year’s Eve, I made the mistake to order Cable TV again, just for that night, so we can watch some entertainment for that special night.

But again, 2 months passed since then, and guess what? Never watched TV for 2 months, and forgot to terminate the service… luckily. Why? Because today, I happened to watch TV again, for the special occasion of “Academy Awards”, or as known as “The Oscars”. I love Oscars. Because, traveling internationally very frequently, I watch most of the Oscar-nominated movies during the long flights 🙂

I should admit. It is quite inspirational. For an entire year, many movies made by many talented writers, directors, producers, actors/actresses and many talented individuals in the back stage (i.e., crew), who makes the Silver Screen happen. I am thinking that this is like the business world. There is no such thing as “The Oscars” in business world, though (is there?). There are ton of awards out there. But not like Oscars.. one and only, the most prestigious.

If there was an Oscar-like award in the business world, the movies would be the stories of companies for an entire year. The best picture goes to the company with the most remarkable story overall. Actors/actresses would be those team members who work for these companies on the forefront of company operations. Visual effects / mixing / editing / costumes would be those in the back-office like Quality Systems, IT, HR, Marketing/Designers… and all the support functions.

There is quite an analogy actually, if you think about it.

Why is Academy organizing this award ceremony for the last 88 years?

Oscars are for the people!

If you have the goosebumps like I do when the 5 or so candidates are announced, and the one is selected for the award, you know what I am talking about. It is the ultimate recognition of people for their great effort, dedication and achievement.

I wish there were “Business Oscars” out there for the companies competing in various industries. It would be quite difficult of course to nominate, review & decide who gets what award out of thousands of businesses. It wouldn’t be very objective, I know. In the end, business world is quite a political arena. May be one day, this may happen. If we had Business Oscars, though, I would have definitely done everything in my power to nominate Supply Chain Wizard for such an award, as I believe we had quite a remarkable story in 2015 (story to be told in another post, as the focus of this one is the people behind the story).

Dreaming for such a day..

One of the business gurus (a former Business Oscar winner, of course), is talking about our great story, together with other top nominated companies.

Getting on the stage for accepting this prestigious award, as the “Producer/Director” of Supply Chain Wizard, here is whom I would thank the most among such a diverse set of talented team members:

Thank you Engin Ozkaya, who is the genius developer behind all of our software tools. Engin, who worked around the clock, developing and deploying 6 software tools in the pharma industry, all of which were successfully sold/implemented at real client projects globally. Engin thought himself how to code (in many languages), although he is not a Computer Science graduate. And I bet he can beat up most developers in the Silicon Valley, when it comes to speed & quality of software development. Engin is our first employee at Supply Chain Wizard, and to this date, the most committed with such a self-less attitude towards its success. The tools Engin developed are about to shake up the entire global pharma industry by reaching to more than 1000 pharmaceutical manufacturers. Without hesitation, Engin would have collected all the technical oscars out there including product development, support, edit/upgrade/mix and improve.

Thank you Burak Tiftikci, who is our one and only Managing Partner. Burak, who founded/started our Istanbul office in early 2015, has the energy and endurance of the Google’s Atlas robot! He never stops. His hard-work and persistence paid off within such a short time by bringing world-class clients into our client portfolio. His determination and focus provided such a great support to multiple ongoing client projects. And most importantly, his extensive business network brought some of the best team members into Supply Chain Wizard. I believe there is no better person in entire Turkey than Burak to lead up our European & Middle Eastern operations. If there was best leading actor award, Burak would be the one to get it.

Thank you Zeynep Butunley-Aktan, who joined our company only in second half of 2015, but made such an impact in our Quality Systems and internal procedures that we had a step-change in our product development & internal/external operations. Zeynep, just being around with her strong personality & focus on quality in everything she does, have heightened everyone’s awareness on Quality! With such attention to detail and responsibility taking, she also helped us organize 2 major industry conferences, each with more than 100 participants, successfully coordinating all marketing efforts & being the greatest master of ceremonies on both events ever. She deserves the most credit on our industry shaking events that received very high feedback from participants. She also introduced us to Arif (my next thank you), which is in and of itself a major contribution!

Thank you Arif Eker, who is our official designer & marketing guru (he doesn’t know this yet :)), designing our new SCW logo, new product logos and our first ever company brochure & roll-up. He is so good, that following our introduction & discussion in Jan 2016, he finished all of our corporate identity/image re-design work within 3 weeks time (no human in the world can possibly do this with such quality & soul built into it), and hence his contribution to Supply Chain Wizard is beyond imagination. Arif is so talented and committed to the perfection of his work product, he does not go the extra mile, he goes around the world multiple times to make the best happen. He is simply the best thing that happened to Supply Chain Wizard from marketing & branding perspective.

Thank you Banu Ozkaya, who is the back-bone of Supply Chain Wizard, and the super-woman behind all business operations. She wears so many hats, so successfully, that I sometimes forget what her role is. She is one of the most rare talents in the consulting business, who can not only be a great consultant in front of clients, but can also run the entire consulting company from human resources to finance/accounting, from quality systems to business systems. Banu is like a wild card in a card-game, she can quickly/instantly assume any role and get the work done. Don’t under-estimate Banu by any means by looking at her light-weight posture! She has one of the strongest personalities you could ever find in business or personal life. During her father’s difficult situation in hospital in 2015, Banu spent 3 months in Turkey, 2+ months of this in a hospital room, supporting her father go through many difficult, life-threatening operations, while also maintaining the core business operations & keeping a client project going. If you have a strong reason why you could not accomplish a deliverable or meet a deadline, I recommend you think twice before you present it to Banu 🙂 With her performance in 2015, Banu would have collected both the best actress in a leading role and the best actress in many supporting roles.

As the Oscars ceremony on ABC is getting to an end, my admiration for such a meaningful award ceremony is getting to a new height. Inspired by the meaning and purpose behind it, I would like to continue to recognize our best people every year, as a way to establish great examples of excellence, dedication & impact.

These Business Oscars for SCW will never include measures like highest revenue or profit contribution, nor it will include any other financial or short-term measure. As we aspire to build a world-class company for the next generations, we would reward and recognize the excellence in everything we do. And the most important criteria for this would be the contribution towards building a world-class company that is worth to be nominated for Business Oscars for the “Best Company” award.

Like the “Best Picture” award in real Oscars, this would be our highest goal and the most important of all goals, which embodies and represents all the directing, acting/consulting, developing, testing, implementing, marketing and other efforts put forth into making a great company. It would be the ultimate recognition of all of our collective efforts towards excellence.

..and the “real” Oscar for Best Picture goes to…

(let me watch the rest of the show to find out, as I think I won’t be watching TV again for the next few months at least :))

We use cookies on our website to give you the most relevant experience by remembering your preferences and repeat visits. By clicking “Accept”, you consent to the use of ALL the cookies. However you may visit Cookie Settings to provide a controlled consent.
Cookie settingsACCEPT
Manage consent

This website uses cookies to improve your experience while you navigate through the website. Out of these, the cookies that are categorized as necessary are stored on your browser as they are essential for the working of basic functionalities of the website. We also use third-party cookies that help us analyze and understand how you use this website. These cookies will be stored in your browser only with your consent. You also have the option to opt-out of these cookies. But opting out of some of these cookies may affect your browsing experience.
Necessary Always Enabled

Performance cookies are used to understand and analyze the key performance indexes of the website which helps in delivering a better user experience for the visitors.

Analytical cookies are used to understand how visitors interact with the website. These cookies help provide information on metrics the number of visitors, bounce rate, traffic source, etc.

Advertisement cookies are used to provide visitors with relevant ads and marketing campaigns. These cookies track visitors across websites and collect information to provide customized ads.

Other uncategorized cookies are those that are being analyzed and have not been classified into a category as yet.

Save & Accept
Powered by